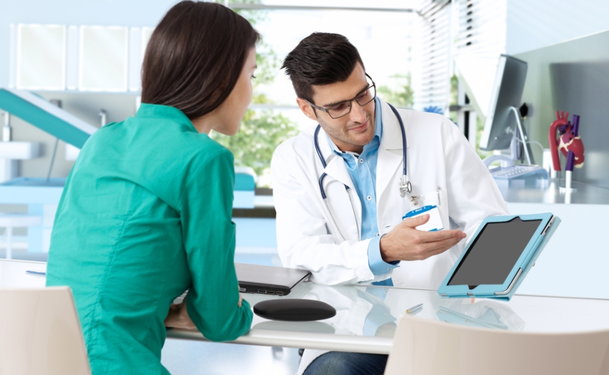 How Rosacea Is Diagnosed

In order to understand how rosacea is diagnosed, it is first important to understand exactly what it is, what causes it, how it can be identified, and how it can be treated. Recent statistics have shown that approximately 1 in 20 people are affected by rosacea, which is slightly less than 5% of the general population. Because of the prevalence of rosacea, it is worth discovering exactly how this condition can be diagnosed and what can be done about it.

Rosacea is a skin condition which causes redness and a pimple-like appearance. It is important to recognize that rosacea only affects the face and not other areas of the body. In general, the nose, forehead and cheeks are most commonly affected. In some cases, however, rosacea may actually affect the eyelids, an extremely painful condition that often causes a crust-like appearance of the eyelids causing the eyes to become sore and irritated.

Rosacea is commonly referred to as adult acne because it actually resembles a bad breakout of acne, prompting most adults to seek medical attention. Because many people are unaware of the condition known as rosacea, they are often surprised with the diagnosis of rosacea over acne.

Rosacea is still somewhat of a mystery to medical professionals, as the true etiology has yet to be identified. The only link to a cause to this condition appears to be genetics, and it does tend to more commonly affect people with pale and fair skin tones. While the cause of rosacea is still unknown, there are some common triggers that tend cause outbreaks, including:

Currently, there are not any medical diagnostic tests that can confirm nor deny the presence of rosacea in a patient. For this reason, most doctors take into consideration a patient’s past medical history and the symptoms that the patient is experiencing. Acne is far more common in adolescents approaching puberty, so the onset of acne in the adult years is something that may cause a doctor to suspect rosacea. Particularly when a patient has a history of rosacea in the family, the doctor may tend to suspect rosacea as the cause of the symptoms.

The key to living a happy life with rosacea is to find a treatment plan that works to control the condition and control the triggers for outbreaks. Although there is no way to completely cure rosacea, the symptoms can be alleviated with effective treatment. The most basic method of treatment is antibiotic implementation. Antibiotics have antiinflammatory agents that can be effective at reducing the inflammation of the face caused by rosacea. In cases that are not very severe, topical antibiotic creams may be used to help fight inflammation also.