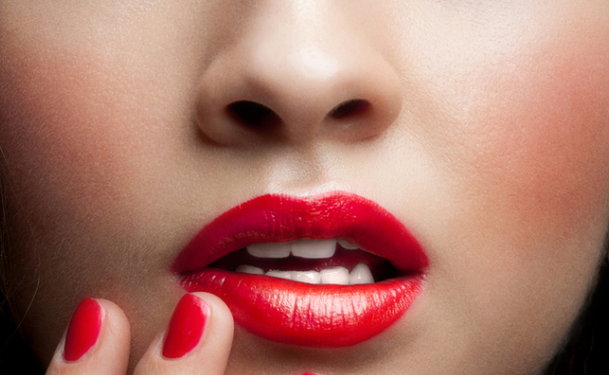 Most patients suffering from rosacea tend to have fair complexions and blush easily. The exact cause of rosacea is not fully understood, although many point to hereditary factors as playing a role, as the condition seems to run in families. The symptoms of rosacea may cause embarrassment for some patients and may lead to self-consciousness.

ﾕ Redness and flushing- In women, redness usually appears on the cheeks, nose, chin and/or forehead. It may appear in a butterfly pattern in some cases, spanning across the cheeks and nose. In men, the redness is most common in the nose, although it may appear on other areas on the face, as well as on the neck or chest. Redness and flushing may be triggered by exposure to the sun, alcohol consumption and other activities that may cause blood vessels to expand. ﾕ Pimples- Pimples caused by rosacea are different than those caused by acne. Rosacea pimples are red, round bumps that appear on the red areas of the skin. Blackheads and whiteheads are pimples caused by acne. ﾕ Tiny red lines on the cheeks- Red lines that appear on the face, most commonly on the cheeks although they may appear in other areas as well, are actually tiny blood vessels. ﾕ Bumps on the nose- Men with severe cases of rosacea may notice that their nose appears large, bulbous and/or red. This is called rhinophyma. ﾕ Eye irritation- This is another common symptom of rosacea. Patients may experience redness, dryness, burning or crusted mucus in and around the eye. Styes may develop and it may be difficult to tolerate contact lenses as well. Some patients may feel like they have something in their eye and may experience tearing while others may develop pinkeye or swelling in the eyelid.

Other Causes of Symptoms

As some of these symptoms may also be associated with other conditions, physicians may perform certain tests or exams to rule out other causes. Acne and lupus may be mistaken for rosacea in some cases, as they may have similar symptoms. Individuals who believe they may have rosacea should contact a skin care professional for consultation. They may physically examine the face, neck and chest in diagnosing rosacea, and may run tests to rule out other conditions.