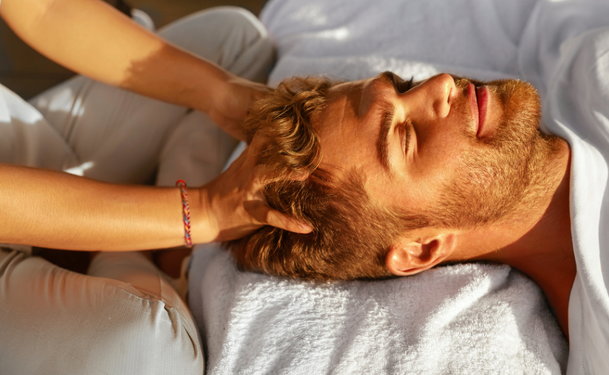 Bhringaraj is widely used in hair loss remedies, proposed as a part of Ayurveda. Based on using herbal preparations prepared from various plants, Ayurveda seeks to cure all types of diseases in a holistic manner, ensuring that symptoms and root-causes of the problem are treated.

Bhringaraj contains many rare compounds that make it a potent herbal healing resource. Leaves of the plant are a rich source of plant proteins and are often incorporated for making herbal resins. Ingredients that render Bhringaraj its healing properties include:

Please note that Bhringaraj is mainly applicable for treating hair loss due to non-genetic reasons. This includes reasons such as damage to scalp caused by strong chemicals, sun-induced damage, poor scalp hygiene and scalp infections. However, its potency is limited when it comes to treating baldness patterns induced by genetic traits. Here, Bhringaraj is used as a supplementary aid to alleviate the thinning or greying of hair and delay the onset of balding patterns.

Bhringaraj contains Ecliptine (or Eclipta) that is regarded as the primary reason for Bhringaraj’s hair loss-arresting properties. Eclipta is composed of a substance called wedelolactone that mimics the action of certain hormones and is responsible for influencing hair-growth. Secondly, Bhringaraj is a natural disinfectant. It has the ability to neutralize the action of skin allergies and conditions like dermatitis that impair the action of hair follicles, causing increased hair fall.

Bhringaraj has proven anti-inflammatory properties. The anti-inflammatory properties of Bhringaraj are proven since it is also used in the topical treatment of insect bites. This is particularly useful since a dry scalp is more prone to being scratched and becoming inflamed. The scratching causes formation of small flakes of skin that get impacted with the sebum of the scalp, further choking the hair follicles. The inflammation also allows other fungal infections to seep deeper into the scalp.

One of the understated effects of Bhringaraj is its action on the nervous system. A massage with Bhringaraj oil is known to temporarily alleviate stress and anxiety that are often the underlying cause of hair loss among many people. Bhringaraj oil massage helps to increase the overall blood circulation in the scalp, ensuring that nutrition and oxygen are uniformly distributed across all hair follicles. This is why Bhringaraj oil massages are often recommended with other treatments.

Bhringaraj is a proven detoxifying agent. It is commonly recommended in Ayurveda for the treatment of patients diagnosed with liver problems. The detoxifying properties are helpful in alleviating hair fall patterns since hair problems are often caused by increased sebum deposition and fungal infections in the scalp.