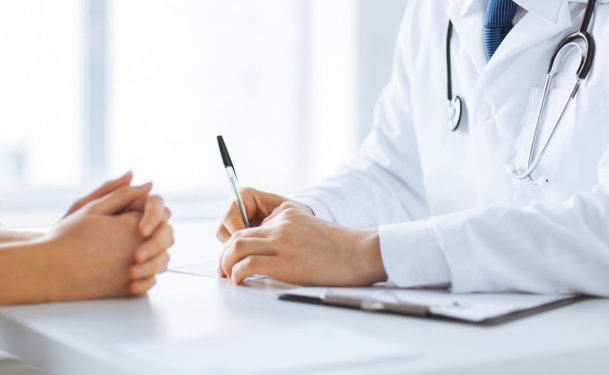 How Vitiligo is Diagnosed

Vitiligo is an auto-immune disease where a body’s immune system attacks the cells that pigment skin. Vitiligo is most common in the hands, feet and face of those with darker skin tones, but can also appear in lighter skin tones. The disease presents itself by white patches in the affected areas. While diagnosable, vitiligo is extremely difficult to treat and may not be reversible.

An individual’s skin, hair and eye color is caused by a pigment called melanin. However, melanin is not permanent but rather is constantly being broken down, making it necessary for it to be replenished on a continuous basis. These replenishing cells are called melanocytes. Vitiligo affects a body’s ability to produce and distribute vitiligo, making certain portions of the skin discolored.

Vitiligo commonly affects younger individuals and has been tied in several cases to stress. Unfortunately, there is no cure for vitiligo, but its appearance can be minimized and even eliminated in some patients. Vitiligo, however, is not contagious.

Melanin and melanocytes will react to light, and the lack of these cells in a portion of a patient’s skin will not reflect infrared lights. Dermatologists normally diagnose vitiligo by shining an infrared light on the patient’s skin and, if no reaction occurs, will diagnose the patient as having the disease. Some dermatologists may diagnose the patient as having vitiligo based upon that test. The light used is referred to as a “Wood’s Lamp.” A dermatologist will need to use the Woods Lamp on every part of the body believed to be affected by vitiligo.

However, most physicians will require a patient history and physical examination because vitiligo is believed to be genetic. If a patient’s family member has been diagnosed with vitiligo or has symptoms of the disease, a physician will want to investigate those occurrences.

Diagnosis of vitiligo is combined with several lab tests to rule out another disease as the cause of the de-pigmentation. Commonly, these tests include blood work to make sure that the thyroid, adrenal glands and liver are functioning normally. If the blood tests reveal that they are not, the patient may be experiencing a disease other than vitiligo. The majority of these blood tests require the patient to fast.

More rare but still a possibility is for a dermatologist to diagnose vitiligo through a skin biopsy. This procedure requires a physician to remove a small section of the patient’s skin and then check the cells under a microscope to see whether they contain melanin or melanocytes. If not, it is possible that the patient has vitiligo.

Diagnosing Vitiligo: Other Tests and Other Diseases

There are several other diseases that cause a patches or a patient’s entire body to turn colorless. If blood tests and the Wood’s Lamp test do not indicate vitiligo, your dermatologist may send you to an internal medicine specialist to further investigate the cause of skin discoloration. These tests may be performed by taking samples of your blood, urine or hair follicles