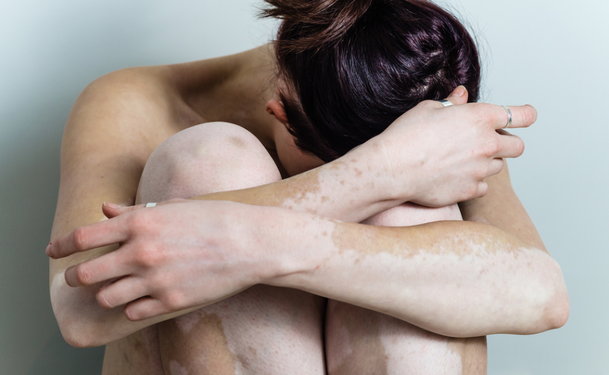 Vitiligo is caused by a body’s immune system destroying the cells that cause pigment in an individual’s skin, eyes and hair. Because of this, it is referred to as an “auto-immune” disease. Vitiligo has several causes and no known effective treatment. Its development is unpredictable, although individuals with darker skin are more likely to be affected by the disease.

The Causes of Vitiligo

The precise causes of vitiligo are debated, but the disease has been attributed to genetics and extreme stress. In the cases of extreme stress, the body’s immune system may respond by attacking healthy cells. If a patient’s immediate family has a history of vitiligo, it is more likely that she will also develop vitiligo.

Skin, hair and eye color are caused by melanin, a pigment naturally present in the majority of human bodies. Melanin is not permanent, but is constantly being changed and broken down, making it essential to be replaced on a continuous basis. The cells that replace melanin are melanocytes. Vitiligo impedes the body’s ability to produce melanocytes, thereby leaving a portion of the skin without pigment.

The Appearance of Vitiligo

Vitiligo presents itself by creating white patches of skin on an individual’s body. These patches are most likely to occur on the hands, feet and face. The affected areas may grow in size, but will most likely not spread over the entire body so that the entire skin is uncolored. Individuals with darker skin tones are more susceptible to vitiligo.

These patches can appear at any time in any place, together or separate. A patient’s face may have one or more spots, and she may later develop spots underneath her arms or on her feet. Younger individuals are most affected by vitiligo.

The Development of Vitiligo

After a vitiligo diagnosis, there is very little effective treatment. Unchecked, vitiligo spots will grow larger and new spots will appear on other areas of the body. A body’s ability or impediment of producing melanocytes is not fixable.

Therefore, after the appearance of the first white spots, patients can expect more patches to develop. Additionally, already-present patches will grow whiter and spread. It is unlikely that a patient’s entire body will turn completely white, but patches may spread into each other, leaving wide areas of pigment-free skin.

Vitiligo can continue to develop over several years, up to and including the patient’s entire lifetime. Depending on the severity and length of time current white patches have been permitted to develop without treatment, if any is available, it is possible that a patient will need to live the remainder of their lives with the disease. In cases of stress-induced vitiligo, the disease will continue to operate as long as the patient remains under the same level of stress.

There is no certain treatment for vitiligo. Using a steroid topical cream and taking antibiotic medicines to assist the immune system to correct itself are common treatments. However, these treatments are not guaranteed to stop or cause re-pigmentation in white spots.