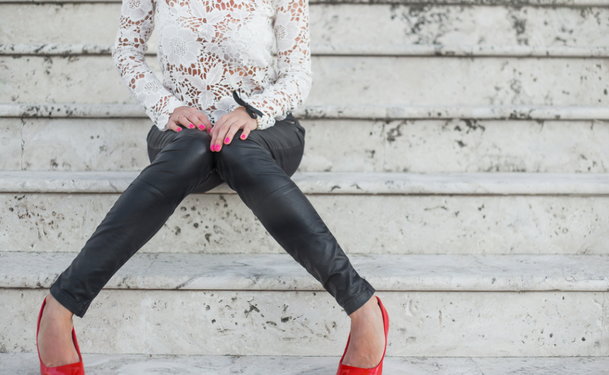 An effective wart treatment for genital warts is the use of Polyphyllin resin. This treatment, provided in the doctor's office, has a fairly high success rate at removing active warts on the genitalia and has minimal side effects.

The polyphyillin wart removal cream or gel works by stopping the growth of cells in the active genital warts. The active ingredients in this wart removal product have success rates of anywhere between 50 to almost 80 percent. There is no real cure for HPV, the virus that causes genial warts, and although the treatment may actually get rid of genital warts in appearance, the virus remains in the body and can still be spread to sexual partners. It also means that since the virus remains in the body that a recurrence of the warts is possible.

What to Expect in Doctor's Office

The doctor will have prepared the proper amount of the polyphyllin wart treatment to apply directly to the patient's genital warts. He will often apply Vaseline or something similar to the areas of skin around the genitalia area that are not affected by the genital warts. He does this to protect the other parts of the skin tissue from being irritated from the polyphyillin wart treatment.

The doctor will apply the gel or cream to the area and will instruct the patient to rinse the area within one to four hours after the treatment. It is important to remove the wart treatment within the allotted time to reduce the risk of systemic toxicity. The longer a person keeps the application of the wart removal treatment on will not increase the chances of speeding up the process of getting rid of genital warts.

The doctor will apply this genital wart treatment once a week for about six weeks. The application cannot be applied to pregnant or breastfeeding women or to skin that is already irritated or swollen.

Some of the most common side effects occur if the application is applied to too large of an area or if the patient has an allergic reaction to the wart treatment. By seeing the doctor once a week for six weeks, he will be able to assess the effectiveness of this type of genital warts treatment as well as take note of any complications that may be occurring due to the treatment.

A similar type of this treatment can actually be administered at home with roughly the same success rate, as well as the same side effects. For some, an at-home treatment for genital warts is easier due to scheduling conflicts, but having the application of the genital wart treatment in the doctor's office is more advised so that the doctor can assess how well the process is working and can be on the lookout for serious complications. Remember that even though the wart treatment was a success, you still have the virus within your body and you can still spread the virus to others.

What are Warts?
What is a Genital Wart?
How Are Warts Spread?