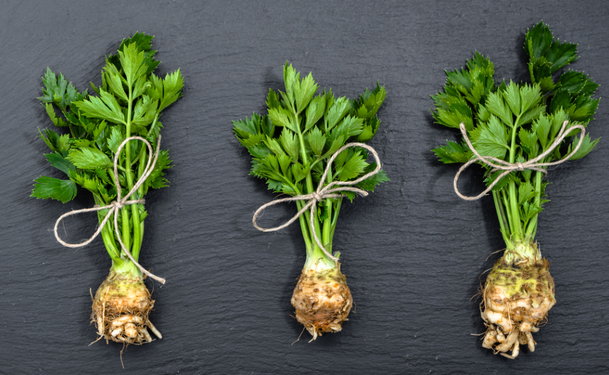 Vitiligo is a skin pigmentation disorder with no clear scientific cause and no proven cure. Finding the right vitiligo natural treatment plan may seem daunting, but in reality, the information about this condition is almost limitless. Reports indicate that 2% of the population have vitiligo. Many studies, reports, research and findings from others with vitiligo have shown that consuming celery is a good remedy for vitiligo.

How Celery Can Help You Naturally Treat Vitiligo

There have been no clear cut findings on the real cause or cure of vitiligo, but there are some things that scientists agree upon about vitiligo--it is not contagious and an herb known as Psoralen has been studied and shown to help stimulate the production of melanin in the body (and cause the skin to be more reactive to sunlight). Celery has been shown to contain large amounts of psoralea, thus, a daily diet of celery and moderate sun exposure has helped many people treat vitiligo naturally with the use of celery and the sun.

Celery and the Sun for Vitiligo Natural Remedy

There are various other foods that contain psoralen, but celery appears to have the highest content of this natural herb. The psoralea seed is an herb that can be purchased and taken orally or broken down and applied directly to the skin. If you want to try a vitiligo natural remedy with a reduced risk of side effects, then the safest route is to try consuming a healthy amount of celery each day accompanied by natural sunbathing for about 10 to 15 minutes per day.

The psoralean found in celery acts much like a tan accelerator for the skin. The skin, especially the white patches of vitiligo, will be more receptive to the natural sunlight and help to fade the patches. Essentially the components of the celery will make the vitiligo more likely to tan and thus cause the depigmentation caused by vitiligo to fade in with the rest of the skin.

The reason why people are struck with the pigmentation disorder is unknown; some believe it is caused by a traumatic event, others think the cause of vitiligo could be due to a sunburn, an auto-immune disorder, genetics, and still other scientists theorize that the body attacks the melanocytes (the cells that produce pigment).

Regardless of the cause or the cure, treating the symptoms or helping you hide the visual signs of vitiligo is probably important to you. Vitiligo is a pigmentation disorder and is not painful. It has not been shown to cause illness. The lack of pigmentation to the parts of your body that are visible can effect your self esteem. By trying this safe vitiligo natural home remedy, you can help reduce the appearance of the depigmented skin. Obviously you should limit your sunbathing since UV rays from the sun are dangerous when exposed to for prolonged periods of time.