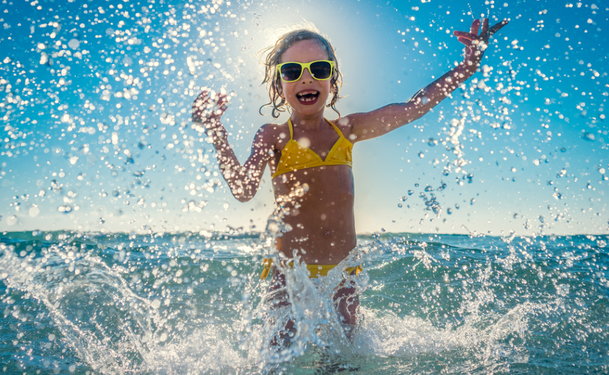 One eczema natural treatment that is safe but does have controversy surrounding it is the use of sea water or sea salt water. The British Association of Dermatology stands by its claim that bathing in sea water, especially with water from the Dead Sea, provides considerable benefits and healing properties for people with eczema. The British researchers have conducted extensive research about the symptom suppression and the ability of the salt water to ward off infection for those with eczema.

How Sea Water Can be an Effective Eczema Natural Treatment

The reason sea water is so highly regarded by the British Association of Dermatology is because the salt water has antiseptic properties. Their research has shown that giving children baths in sea water helps to alleviate the symptoms of atopic eczema.

The controversy regarding the use of sea water to treat eczema lies in the fact that adding salt to a wound is painful. Bathing in sea water or applying the salt water to the affected eczema areas is painful. People say it feels exactly like the old saying, "adding salt to an open wound." However, the benefits, according to the British Association of Dermatology, are more than worth having to experience a short amount of pain. The benefits from the antiseptic properties carry on after the exposure to the sea water.

Why Sea Water Is Helpful

The antiseptic properties of sea water are an effective eczema natural treatment, but do come with a price. Once the salt from the water touches the open wounds of eczema, the sensation of stinging and burning begin. For some this mild pain and discomfort is not worth the benefits gained from it; this is especially true if you research other remedies for eczema.

The British Association of Dermatology believes that exposing eczema to sea water is one of the best and most beneficial treatments for the symptoms. It is up to you to weigh the benefits of using sea water as a symptom treatment of eczema against the potential short-lived pain and/or discomfort from exposing open sores to salt water.

Other Treatments for Eczema Symptoms

Other treatments for various types of eczema include the use of corticosteroids, skin barrier emulsions, antibiotics, immuno-suppressants, antihistamines, moisturizers, PUVA and other light therapies, change in diet, oatmeal applied to the skin or used in a bath, sulfur, probiotics (not for the elderly) and even psychological treatments.

None of the aforementioned eczema remedies have the antiseptic benefits that sea water has. The discomfort associated with using sea salt water is only temporary, and the lasting benefits may be worth the quick exposure to discomfort from the salt to an open wound. You have numerous eczema natural treatment options, and sea water is just one of them that can prove to be extremely beneficial in the long run for treating symptoms.