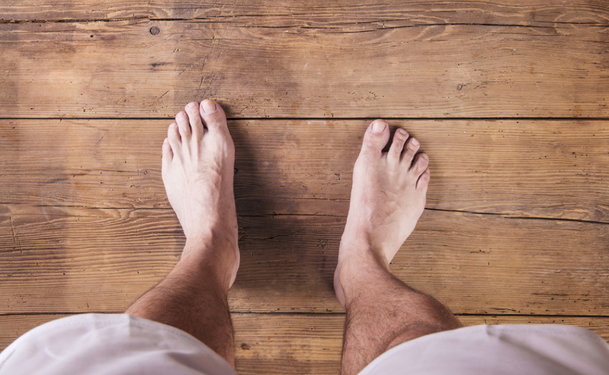 Is It Athlete's Foot or Psoriasis?

Athlete's Foot is a skin condition caused by fungi that are normally present on the skin that overgrow, disrupting the normal pH of the skin. The condition is common in the area between the toes, which is a suitable environment for the overgrowth of fungi.

Psoriasis is an immune system mediated disease that may be hereditary, but the clear causes of the condition are not known. However, the condition is not caused by fungi or bacteria.

Psoriasis will manifest through scaly skin and if the skin is removed, bleeding will occur. The skin may also be inflamed and red. Blisters may also be present in some cases of psoriasis. Psoriasis is a chronic condition and cannot be treated. However, the symptoms may be manageable with various creams and natural remedies.

Athlete's Foot is a skin infection that will be caused by fungi that normally exist on the skin and feed on keratin, thriving in moist environments (i.e. where sweat is present). The symptoms of Athlete's Foot include blisters, mostly seen between the toes and possibly at the heel. The condition causes itchiness and a burning sensation.

Athlete's Foot and psoriasis may show similar symptoms, and it is difficult to differentiate between these two conditions judging only by the symptoms.

Consequently, a skin scraping test or a fungal culture will give a definite answer. Typically, Athlete's Foot will go away with antifungal treatment, while psoriasis is a condition that will persist and have periodical outbreaks.