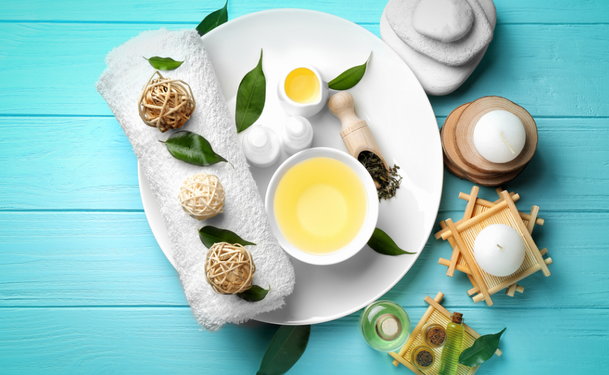 What Is Athlete’s Foot?

Athlete’s foot is a fungal infection affecting the feet and causes burning, itching, peeling, flaking and misery to the feet. The fungus thrives in warm, moist places and can affect other parts of the body as well. The fungus can also be found in the groin area, most commonly affecting men, known as “jock itch”. It can be pernicious, persistent and difficult to eradicate. Most athlete’s foot remedies, including tea tree oil, can take months to work effectively, although many people find relief in mere weeks.

Several studies have shown tea tree oil to be as effective as traditional topical ointment and creams for the treatment of athlete’s foot. Additionally, tea tree oil also reduces foot odor. The active ingredient thought to provide this benefit is called terpanoids, and terpinol-4-ol is believed to be the compound providing the anti-fungal activity of tee tree oil. In one study, fully 64% of the people involved and using tee tree oil as an athlete’s foot remedy experienced full recovery from the fungus.

When using tee tree oil in athlete’s foot remedies, a little bit goes a long way. Some people have reported dermatological irritations using it, such as redness, rash and itching. It has even been known to cause blisters if not properly diluted. Typically, discontinuation of tea tree oil clears this problem up immediately. While tea tree oil works wonders as an athlete’s foot remedy, it should not be ingested internally as it is toxic and can cause neurological problems such as drowsiness, diarrhea and a compromised immune system. However, tea tree oil has been found to be safe in topical use.

Nature has provided many alternatives to traditional medicine and products of the pharmaceutical business, many of which are just as effective as medications prescribed by a physician. It is a good idea to discuss with a doctor athlete’s foot remedies and the options available. Tea tree oil has centuries of use and success behind it as an athlete’s foot remedy, proving to be both safe and effective.