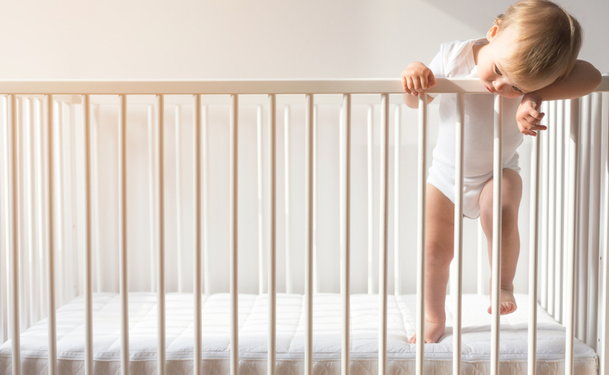 Birthmarks, like hemangioma, can occur in varying shapes and intensities. Some of the hemagniomas are quite minor and become increasingly less obvious as the individual ages. However, some hemangioamas are considered a serious problem at the first glance since it is obvious that they are permanent in nature and are most likely to intensify in appearance. Complications in hemangiomas are quite rare, but these possibilities should be understood.

Hemangiomas are different from other kind of birthmarks. These are biologically active birthmarks. Every hemangioma is essentially a benign tumor. This also means that their appearance can change considerably as the child ages. Though it doesn’t represent an immediate threat to the life of the infant, a hemangioma can permanently scar the body surface on which it is present. A growing hemangioma is often referred to as hyperplasia. Hemangiomas usually develop as red-colored birthmarks. The red coloration is due to the vascular nature of the birthmark wherein blood supply is present. The coloration can darken with time owing to the development of blood vessels near to the skin’s surface. Some effects of this condition are:

This is perhaps the most damaging of problems caused by hemangiomas. Individuals with a widespread hemangioma are likely to suffer from psychosocial problems, and they may develop depressive tendencies or personality disorders. This is more prevalent if the hemangioma is present along the facial structures. Some hemangioamas can be disturbingly intense in coloration, appearing like dried scars or extensively burnt skin. Many hemangioamas are difficult to surgically resolve since important nerve or vascular supply points are involved. In such cases, the individual has to accept the fact that his appearance will be permanently altered by the hemangioama.

Ulceration is among the more common of hemangioama complications. This happens because the hemangioma can become infected. Such infections are difficult to treat since topical ointments and conventional medical care is not suitable for treating extensive hemangiomas. As a result, the underlying/surrounding skin continues to suffer for a long period leading to the formation of unsightly ulcers. These ulcerations can develop permanent borders.

There is a chance that the infection might invade the underlying vascular nexus and induce internal bleeding. Such issues need extensive medical care in the form of antibiotics, surgical or laser treatment. Among children with birthmarks, the condition can be particularly debilitating as young patients cannot be treated with high-strength medications.

This is among the rarest of complications associated with hemangiomas. PHACES syndrome is found among individuals wherein the hemangiomas are concentrated along the neck and head. PHACE refers to the combination of another congenital abnormality in conjunction with hemangioma, wherein the primary abnormality is usually not induced by the hemangioma. This syndrome is more likely to be found among girls. It creates a host of problems that includes vital functions like breathing, vision and hearing. Such children are more likely to suffer from cardiac disturbances and seizures.

If the hemangioma is located in the larynx, the individual can develop severe respiratory problems. Similarly, a developing hemangioma in or around the eye can permanently impair the vision. Extremely large hemangiomas are known to induce pressure on the cardiac chamber that can block the vascular supply to the heart as the underlying tissues are compressed.

Hemangiomas can distort the facial features if they are located in sensitive areas that cannot be treated surgically or with laser therapies. The facial distortion can increase with time as the hemangioma increases in size and compresses the facial tissues. This can impair basic facial expressions and activities such as chewing food.