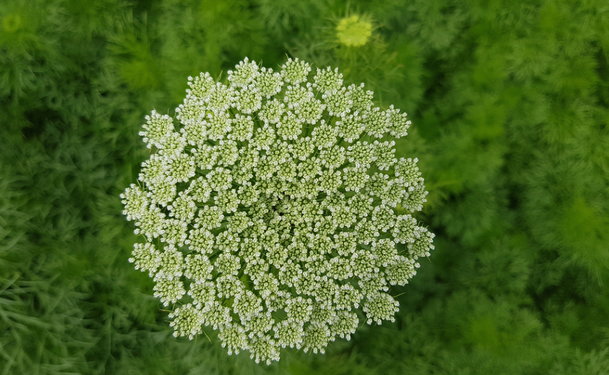 Among vitiligo natural remedies, Khella is often quoted as a safe and effective option. Vitiligo is a disorder in which the skin develops white spots that are essentially patches of skin without the usual pigments that render the skin its typical hue. Pigmentation in the skin is the result of melanocytes or melanin-producing cells. During vitiligo, these cells are totally or partially missing, making the skin prone to developing de-pigmentation spots. The precise etiology of vitiligo and its cure are still a challenge for contemporary medicine. However, alternative natural remedies like Khella provide a recommendable option.

Active components of Khella are contained within its seeds and fruit. The active compounds found in Khella include:

Khella or Ammi visnaga is a Mediterranean herb that was originally grown in Egypt. Khella is one of very rare plants that seem to directly neutralize the effects of vitiligo. This is because Khella contains some active compounds that function similar to Psoralens—the active ingredient in humans that stimulates secretion of melanin from melanocytes. By stimulating melanocytes to secrete more pigment, Khella compounds are able to halt the progression of vitiligo patches and aid the recovery of color in the vitiligo spots.

Other Actions of Khella Ingredients

Khella is recommended for oral ingestion to maximize its curative properties. Usually, Khella is retailed in the form of pure, herbal powders and tinctures. The dosage can be mixed with water or juices of natural foods such as ginger and fruits to make a healthy concoction. Some herbalists recommend the use of Khella in combination with red clay for application as a pack on the white, vitiligo spots. However, the effectivity of such packs is not established, though some Khella-infused skin creams have also been introduced.

Please note that strong contraindications have not been reported with the use of Khella. Since Khella has a vasodilatory effect, it is not recommended during pregnancy and lactation. Some people might suffer from minimal nausea or vomiting upon consuming Khella for the first time. Khella strongly indicates to have a potent vasodilator action. In fact, strong doses of Khella seem to have an effect parallel to calcium channel blockers. This is why Khella is often combined with hawthorn for relieving symptoms of angina.

The bronchial dilation induced by Khella that is at the core of allergy-relieving medications. However, this also makes Khella a slightly risky option for people with heart-related disorders, i.e. where changes in blood pressure can prove contradictory. Thus, it is better to seek professional, medical advice before starting a Khella treatment regimen for vitiligo.