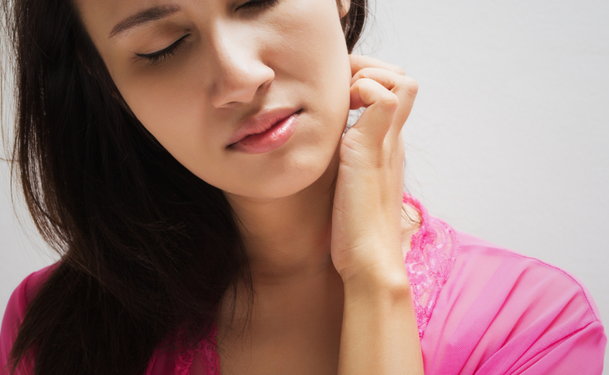 Atopic eczema is also referred to as atopic dermatitis. It is a form of eczema including symptoms such as red, itchy, flaky, inflamed and crusty skin. Flare ups of this type of eczema are generally caused by allergens and histamines.

The cause of this particular eczema is not fully understood and just as with other types of eczema, there is no absolute cure. There is, however, various treatments and protocol to follow to halt the symptoms of atopic eczema and/or weaken the flare up on the skin.

Prevention is the best treatment for atopic dermatitis. Numerous studies have been conducted and the research shows that most of the atopic eczema flare ups can be avoided by simply putting preventative measures into action. Studies have shown that allergens and histamines are major triggers for eczema flare ups.

How to Stop Atopic Eczema Flare Ups with Diet

The most common foods that cause eczema flare ups are peanuts, shell fish, fish, milk and eggs. Histamine intolerance can also cause outbreaks of atopic eczema symptoms. Foods that have a high histamine count should be left out of your diet. A third of eczematics who adopted a diet free of the most common food allergens and foods with high histamine counts reported a significant decrease in the symptoms of atopic eczema.

Foods that are have high histamine counts include, but are not limited to, fermented foods such as cheese, yogurt, hard-cured sausage and alcohol. Other foods with high histamine counts are fish, shell fish, tomatoes, egg plant and spinach. Fish emits high level of histamine due to its fast bacterial degradation. The histamine intolerance is caused by the body’s inability to break down histamines and could possibly be related to an enzyme deficiency known as diamine oxidase.

Food coloring and food products containing benzodate and corn syrup can cause symptoms of atopic eczema to occur. Dust, cigarette smoke and pet dander have also been known to cause an exacerbation in eczema. Fatigue, stress and even anger can stimulate the body to have an atopic dermatitis flare up and so can heat with high humidity, coldness, major temperature changes and even an illness.

It may appear difficult to avoid these types of foods and environments, but it is possible and the benefits, for most, outweigh the hardships of giving up your favorite food. Remember, not all people with atopic eczema have their symptoms triggered by all of the mentioned common triggers. It is important that you have an allergy test to help you determine if any, all or just some of the aforementioned common causes of atopic eczema flare ups pertain to you.