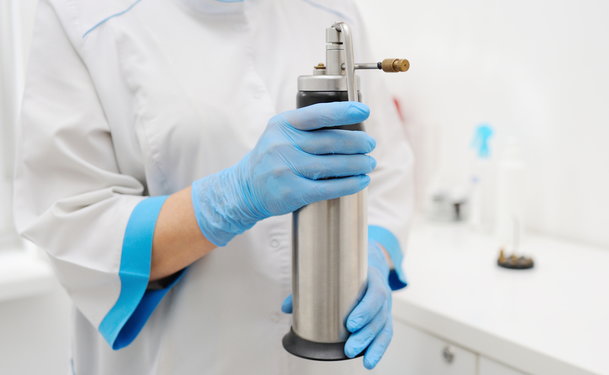 Available modalities for wart treatment range from home-based topical remedies to extensive surgeries for recurrent and large warts. Cryosurgery, or cryotherapy, involves repeatedly freezing and thawing areas of the skin that are to be removed. The freeze-thaw cycles will cause the affected skin area to necrose and be shed off. With time, the treated area will epithelialize to restore skin back to its original appearance.

What to Expect from Cryosurgery

Cryosurgery is a fairly effective way to remove warts, with reported cure rates of about 50 to 80 percent. The following are things you should expect from this procedure.

Liquid nitrogen will be applied to affected areas of the skin, including an approximately 1 to 2 mm rim of normal tissue, using a cotton applicator or a spray. Cryosurgery should be avoided on the sides of the fingers because underlying structures and nerves are usually superficial and may be easily damaged.

Slight pain may be experienced as liquid nitrogen is applied to the skin. In addition, there may be some residual pain after the procedure due to the inflammatory reaction surrounding the frozen and thawed areas.

There may be some blistering after the procedure because the freeze-thaw cycle can cause the skin to transiently separate from the underlying basement membrane. Unfortunately, there can also be some scarring and ulceration, especially if deeper tissues are involved. Since melanocytes, or pigment cells, are more sensitive to temperature changes, the treated area is also expected to be slightly more hypopigmented than the surrounding untreated skin.

Cryosurgery is relatively inexpensive compared to other invasive procedures such as laser therapy and surgical curettage. The overall cost depends on the number, size and extent of warts. A session of cryosurgery normally requires about one to two freeze-thaw cycles. Procedures are repeated every one to four weeks for about three months, depending on the response to treatment. Deeper and more extensive warts require more and more frequent sessions. Discuss with your doctor the optimal sessions for your case.