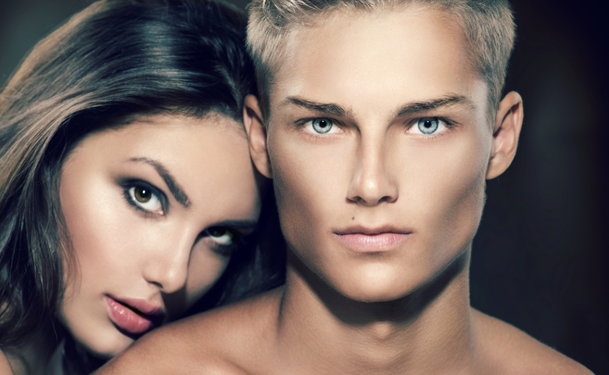 A swollen facial vein is among the rare congenital diseases that can cause permanent discoloration or scarring on the face. Among the various types of facial veins, port-wine stain or Naevus Flammeus is generally regarded as the most serious condition. This is essentially a vascular or blood vessel-related problem that surfaces as a birthmark.

With this condition, blood vessels like the capillaries are unusually swollen and in close proximity to the skin’s outer surface. As a result, such facial veins are easily visible. Further, they develop a deep purple or reddish coloration that makes their appearance more pronounced. In fact, the term ‘port-wine stain’ stems from the typical coloration of such facial veins, i.e. the color of these facial veins closely resembles the shade of port wine.

These facial veins are usually present at the time of birth. In some patients, the veins continue to develop and darken as the patient ages before attaining a standard appearance. Conventional medicine has no cure that can heal such facial veins. Their appearance can only be neutralized through various cosmetic treatments like laser-based applications.

Please note that naevus flammeus veins are not known to spread across the surrounding tissues, though their size may increase marginally. They can occur anywhere on the body, but their occurrence on the face, upper chest, neck and legs is more common.

As the patient ages, the facial vein might thicken a bit, rendering it a lesion-like appearance. Some specialists like to categorize naevus flammeus into port-wine stains and salmon patches. However, contemporary medicine approaches such stains as a single entity, arising from genetically-linked reasons.

Please understand that there is little distinction between KTS and KTWS in terms of the symptoms or the progression of the condition. Klippel Trenaunay Syndrome was first discovered as a vascular malformation. A few years after the recognition of this condition, an additional observation was included wherein some patients suffering from KTS seemed to have a higher morbidity rate, i.e. the progression of symptoms into a life-threatening condition. This observation led to the recognition of KTWS.

These two conditions are seldom referred to as different from each other during the initial diagnosis since they represent the same symptoms, including the presence of Naevus Flammeus.

In KTS or KTWS, varicose veins or swollen blood vessels are found in the patient along with some degree of malformation in the bone development. The varicose veins are essentially veins suffering from extreme internal pressure that makes them abnormally visible. This is why Naevus Flammeus is often called a condition of congenital hemangioama. Usually, the presence of Naevus Flammeus is accompanied by all the standard symptoms associated with KTS/KTWS:

Role of Genetics in Naevus Flammeus

The presence of facial veins is quite rare. It is largely believed that Naevus Flammeus is caused due to abnormalities in the RASA1 protein activator that is a part of the human chromosomes. However, it is almost impossible to diagnose this condition at the embryonic level or even through extensive gene mapping. Naevus Flammeus always presents itself as a sporadic occurrence. It can also occur in a family after skipping many generations, or among families with no prior incidence of facial veins.