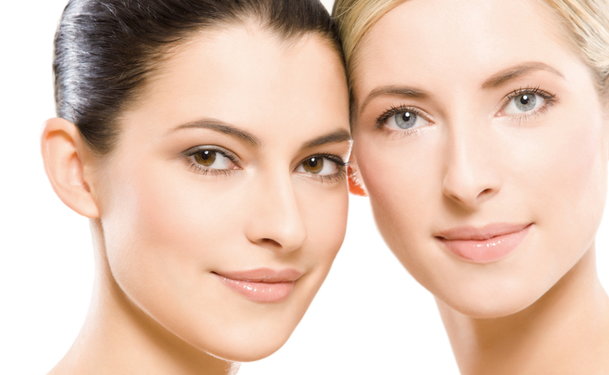 The occurrence of a facial vein or a port vein is commonly associated with KTS. Klippel-Trenaunay Syndrome, or KTS, is a genetic condition that presents itself in the form of vascular (related to blood vessels) abnormalities. The name of this condition is attributed to its discoverers, Klippel and Trenaunay, who described this condition during the 1900s.

The condition causes many malformations in the body. Among these, disoriented bony development in the limbs and a stain-like birthmark are the most common symptoms. While the bony deformations need treatment through a qualified orthopedist and physical therapy specialist, facial veins are diagnosed by a dermatologist.

Klippel-Trenaunay Syndrome is a genetic condition. However, predicting this condition among newborns or tracing its pattern in a family is rather difficult. The condition presents itself with congenital manifestation of symptoms, i.e. some symptoms are present in the affected individual at the time of birth itself. Among these symptoms, damage to blood vessels, particularly those on the face, is quite common.

The facial veins are quite unsightly and cannot be cured with conventional medications. Also called port-wine veins, these facial veins are essentially swollen blood vessels that are abnormally close to the surface of the skin. Their color can range from mild-pink hues to being dark red or a brownish-maroon shade. The coloration of facial veins doesn’t undergo remarkable change as the age of the patient progresses, except for some darkening.

Please note that KTS isn't diagnosed unless facial veins are accompanied by some other types of malformations. In such scenarios, the facial veins are simply regarded as birthmarks and not a manifestation of KTS.

In Klippel-Trenaunay syndrome, the varicose veins are also present on the limbs, particularly the legs. The patient is bound to have some degree of difficulty in walking due to balancing problems. Either of the lower limbs is highly susceptible to having abnormal bone development as the patient ages.

Some facial veins might lead to scarring in the adjoining tissues as the swelling of veins can cause rupturing of some blood vessels. However, this is rather rare.

Malformations are often associated with facial veins. The deep veins are related with causing a serious condition called DVT, or Deep Vein Thrombosis. DVT is essentially a form of widespread blood clotting. The clots are not resolved through basic medications and can get lodged in critical parts of the body like the lungs. In such cases, DVT can become a life-threatening condition.

Dermatologists diagnosing a case of KTS are particularly concerned about cellulitis. This refers to a serious form of skin-based infection that can quickly spread across the body, causing internal bleeding among the blood vessels. This can lead to various forms of permanent scarring since internal bleeding often leads to internal clotting that forms just below the surface of the skin.

Port-wine stains are also called hemangioamas of the capillary. Port-wine stains of facial veins can be eradicated to a large extent using advanced laser therapies. However, the effectivity of this treatment can vary considerably across different patients. The treatment can be sought at a very young age, even among infants. Treatment at this stage has more chances of comprehensively eradicating the appearance of a facial vein. Among adult patients, texture and pigment-related changes need to be carefully diagnosed for creating a proper, laser-based treatment plan.