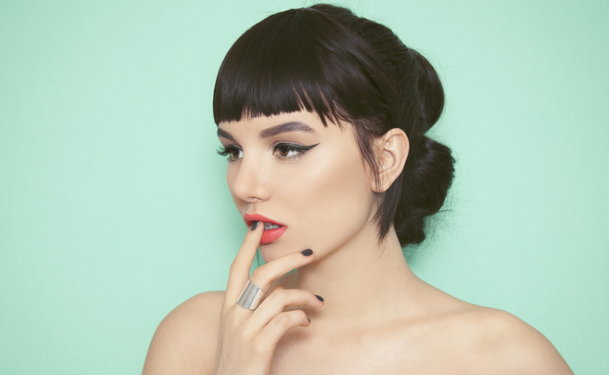 Telling the Difference between 5 Types of Skin Rashes

An inflamed skin condition, skin rashes are among the more commonly-occurring skin problems. While the occasional rash is easily resolved with basic, over-the-counter aids, the more serious ones need medical attention. It is vital to differentiate between the different kinds of rashes. Using the following guidelines can make the process of differentiating between common skin rashes rather easy.

When the rash first appears, ensure that you don’t pick upon a treatment method without understanding whether it is a temporary rash or the symptom of a chronic skin problem. Genetic skin rashes like eczema and topical dermatitis have a widespread genetic orientation. Dermatitis refers to an inflammation of the skin, where symptoms surface in the form of skin rash. The rashes induced by dermatitis are very itchy and there is widespread formation of blisters that contain a clear fluid and become crusty if they are scratched.

Eczema rashes can be understood as scaly, skin patches that don’t have a defined reason or diagnosis. Eczema-related rashes seem to surface and disappear without any set pattern. They are not allergic in nature and don’t respond to changes in temperature or moisture. Such rashes shouldn’t be self-diagnosed and are best treated by a dermatologist.

Some rashes are rather typical in terms of the body site wherein they develop. A prime example of this is Rosacea. This severe skin rash is typically found on the upper region of the body, usually the face. Rosacea outbreaks are more common along the nose, scalp, chest, neck and ears. Please note that Rosacea is more likely to be present in people with a fair complexion, and this is why it renders the face a typically reddish (flushed) appearance. However, this is not a rule and Rosacea among tanned or darker skin-types is possible.

Some rashes induce such a severe form of drying that the skin cracks and may start bleeding. Among the many types of skin rashes that can cause bleeding, Psoriasis is the most common skin problem. The severe inflammation in Psoriasis usually spreads to other parts of the body, including the genitals, elbows, hands, feet and scalp. This is one of the most demanding skin diseases to diagnose and cure since there is no defined cause. Psoriasis is essentially an autoimmune disorder and the symptoms are usually sustained for a very long time.

These rashes are usually temporary in nature, wherein the allergic reaction induces a short-lived rash that resolves once the allergen is removed from the environment. The most common example is this regard is that of the Poison Ivy rash. Another common example of allergic rash is hives. This rash can be very itchy, and it has a typical pattern. Usually referred to as Urticaria, hives appear in the form of reddened disc-like patches that can appear anywhere on the body, but are more common in the upper half of the body.

Rashes caused by bacterial or fungal infections are very common. They are among the more treatable forms of rashes since their diagnosis is more definite. Impetigo is a form of a contagious bacterial rash that needs long-term antibiotic treatment. This rash can quickly worsen into crusted sores. Ringworm is a common fungal rash that has a circular pattern, with some degree of pustules along the outer circumference. The red patches here might have a raised border.