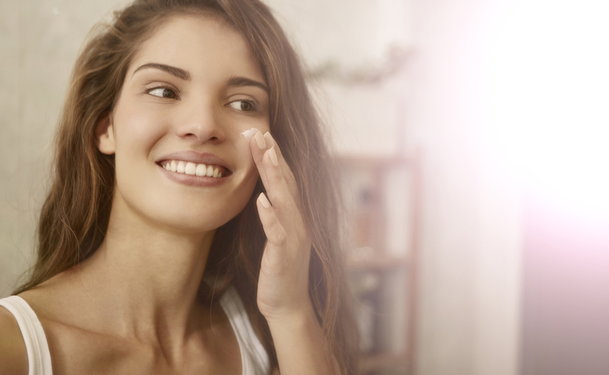 Green tea cream is a rosacea natural treatment that can be used to provide relief to people afflicted with the skin condition. Rosacea is a skin disease that appears on the skin in the form of a red or rosy discoloration, small red pimples or visible small blood vessels. The nose, forehead and cheeks are areas on the face that are usually affected by the skin condition. When other treatments have failed, green tea cream should be an option to treat rosacea.

Why Is Green Tea Cream Effective?

Due to a study that was conducted, green tea cream is considered an effective source to improve rosacea. In the study, people with rosacea used green tea cream that contains a small dose of polyphenone. This extract known as polyphenone is the active ingredient known to minimize the appearance of rosacea. The green tea treatment was applied to all the affected areas twice per day. During the course of four weeks, participants in the study experienced a significant reduction in the appearance of red bumps and pustules. As a result of this study, green tea cream is a treatment that is normally recommended to improve rosacea.

Green tea cream works by reducing symptoms of rosacea that may include red bumps, small blood vessels and red discoloration on the face. Frequent application of green tea cream will repair and rejuvenate the damaged skin when used twice per day. This is a topical natural treatment that does not decrease the moisture in the skin. Instead, green tea cream hydrates and nourishes the skin during the repairing process.