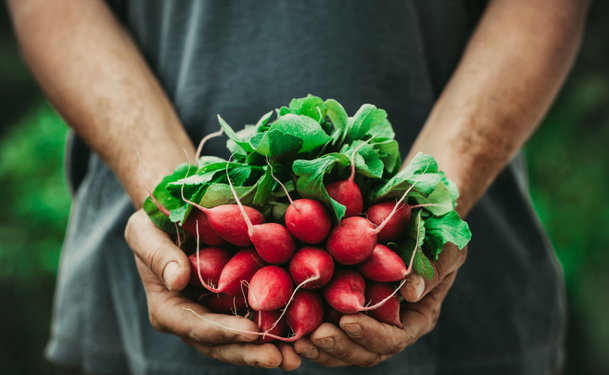 Vitiligo natural remedies have been greatly exploited in the past decades, as there are certain herbs and natural ingredients that may improve the condition of vitiligo patients. Vitiligo is a disease that affects the skin and manifests through depigmented skin. The condition is caused by the fact that the melanocytes, the cells that are responsible for the color of the skin, are either defective or inactive. Radish seeds and vinegar may be used as a combined natural remedy to improve the appearance of the skin.

Vinegar is commonly used in cooking, but it also has a few medical benefits, as it contains acetic acid, which is a powerful antibacterial agent. The amount of acetic acid in vinegar is variable, according to the type of vinegar; however, the most common vinegar available on the market contains between 4 and 8% acetic acid. Pickling vinegar contains more acetic acid (up to 20%). In alternative medicine, the more diluted vinegar will be used.

Vinegar may be used both internally and externally and may be effective in the following conditions:

Vinegar may also be used in weight loss diets, as it is said to reduce appetite, giving a feeling of satiety. When used internally, the vinegar should have low concentrations of acetic acid (up to 8%), as otherwise, the acid can cause esophagus injuries and may also lead to gastric ulcers when used for a longer period of time.

How to Use Radish Seeds and Vinegar for Vitiligo

Radish seeds and vinegar should be used in a mixture when applied on patients with vitiligo. A paste should be prepared employing 35 to 50 grams radish seeds (powdered) and 2 tbsp of vinegar (should have a concentration of no more than 6% acetic acid). The mixture will be applied on the depigmented skin two times per day.

When used on a regular basis, the solution should help regenerate the melanin and this will mean that the skin will get its color back. For optimal results, the paste of radish seeds should be used for at least six months. The paste should be always freshly prepared, as if it is prepared a few days ahead, the ingredients may lose their healing properties.

This paste will cause no irritation or other side effects, so it is recommended to all patients that suffer from vitiligo. In addition to the radish seeds and vinegar solution, the patient will also have to take more frequent baths and get at least 10 minutes of sun per day, as these activities can increase the activity of melanin.