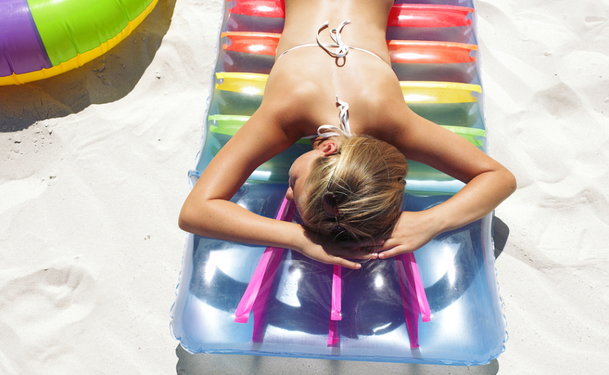 Moles are usually a cosmetic concern and most are benign. However, in some cases, moles may be cancerous and must be removed. Other tests may be administered to check for cancer in other parts of the body as well. Talk to your doctor about what you can do to reduce your risk of skin cancer.

The sun is to blame for many skin conditions and symptoms of sun damage may lead to rapid photoaging, wrinkling and other problems. The cause of moles is not fully understood, although some believe that sun exposure plays a role. When melanin (pigment that gives skin its color) in the skin forms clusters, moles may form. Melanocytes (melanin producing cells) are stimulated by exposure to the sun, so excessive sun exposure may contribute to the formation of moles. As sun exposure may cause skin cancer, and melanomas may form in moles, staying out of the sun is often recommended to prevent melanomas and other forms of skin cancer.

Some believe that genetics plays a role in moles as well. Patients who have hundreds of moles on their body may attribute this to genetics. Dysplastic nevi are moles that are unusual in appearance and may be more likely to be cancerous. Talk to your doctor to learn more about moles and what you can do to reduce your risk of cancerous moles.

What are Moles?
Causes of Moles
Important Steps to Prevent Moles