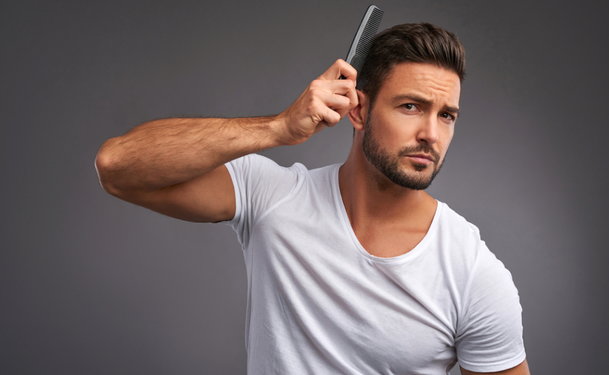 Myths and Facts about Dandruff

Dandruff is a skin condition that may cause skin itchiness, but more importantly, it causes embarrassment. Even if dandruff has nothing to do with hygiene, people with dandruff are considered to lack proper hygiene, which is a myth in itself. Some other myths associated with dandruff are:

Fact: Frequent bathing and washing of hair cannot reduce the amount of dandruff produced by the skin. If the baths are very frequent, these can intensify the problem and cause additional dandruff production by drying the skin or causing an excess of skin oil production.

Fact: Dandruff is not contagious, as it is simply dead skin. Some people falsely believe that dandruff is a fungal infection that can be caught from people that have an abundant amount of dandruff.

Myth: Dandruff Is Only Present in People with Dry Skin

Myth: Only Adults Have Dandruff

Fact: Dandruff typically occurs during the teenage years, so it is not a condition that affects solely adults. In fact, over 50% of teenagers are affected by dandruff. Children under the age of 12 are less likely to have dandruff. If a child has dandruff-like flakes, this may be due to a ring worm skin infection, which can be treated.

Also, if the condition occurs only during adulthood and hasn’t been present during the teen years, the skin flaking is more likely to be caused by fungi or dermatitis. It is true that men are more affected by dandruff than women, but the reason for this hasn’t been established. Some theories claim that this is due to the male hormones and the more productive oil glands.

Myth: Dandruff Can Be Cured

Fact: Even if there are multiple products and shampoos that claim to cure dandruff, the condition may only be managed. The condition will be present throughout the entire life, and may be at its worse when the patient is in his 40s. The patient should be prepared to manage the condition and get additional treatment during this peak period.

Myth: There Will Be Less Dandruff If the Head Is Covered or Wrapped

Fact: The scalp reacts to sunlight and dandruff can be diminished if the patient is constantly exposed to sun. Wrapping or covering the head will mean depriving the scalp of sun light and the dandruff can get worse. This is also the reason why dandruff is more intense during winter.

Fact: There are a few shampoos that can help manage dandruff, but products such as gels or styling foams can only worsen the dandruff. Dying the hair may also increase the production of dandruff.

What is Dandruff?
Does Dandruff Shampoo Really Work?
Risk factors for Developing Dandruff