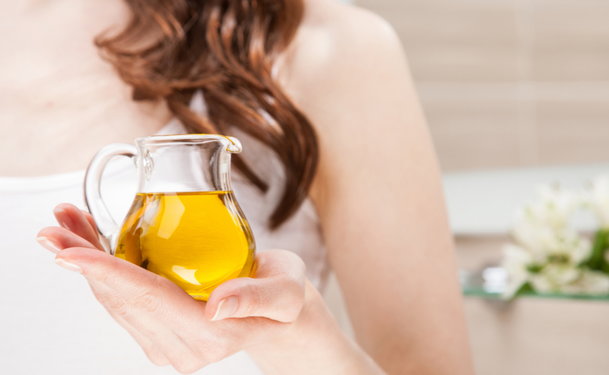 Among hair loss natural remedies, the use of jojoba oil has been often emphasized. Jojoba oil is reputed to significantly reduce the thinning and falling out of hair among men and women.

How Is Jojoba Oil Useful?

Jojoba oil is often referred to as ‘liquid gold’ since it is heavily concentrated with vitamin E. It should be noted that vitamin E is among the most common of ingredients used in hair regeneration products, like hair serums, marketed specifically for people struggling with falling or thinning hair. Vitamin E makes jojoba oil an excellent nutrient aid for the scalp.

Jojoba oil is among the most effective of natural aids to clean a scalp overcome by excessive amounts of sebum. The thick sebum acts like grime and chokes the hair follicles, inducing greater hair fall. Jojoba oil has the ability to reduce the secretion of sebum to a minimal extent. Similarly, Jojoba oil helps to get rid of dandruff that often clogs the entire scalp forming a thick covering.

Jojoba oil has the ability to form a thin, uniform coating along the shaft of hair. As a result, the inner nutrients and moisture of hair is locked and not lost due to external factors, like ultraviolet radiation of the sun. Thus, Jojoba oil-treated hair is stronger and less likely to fall. This also makes the hair more manageable, preventing hair loss due to rough combing sessions.

The scalp is constantly exposed to externally-damaging factors. This means the scalp needs an extra form of protection. This security is provided by Jojoba oil, which is concentrated with antioxidants. These antioxidants raise the overall immunity level of the scalp, reducing the impact of harsh climate and chemical pollutants.

When is Jojoba Oil Useful?

Jojoba oil’s use is emphasized for treating baldness or hair fall patterns induced due to external or non-genetic factors. This includes causes like allergic skin conditions, including eczema, dermatitis and psoriasis along with excessive sebum and dandruff. Jojoba oil is not noted for its ability to cure genetic hair loss that is typically seen in male pattern baldness. However, this doesn’t mean that Jojoba oil is not useful for men who are losing hair due to genetic reasons.

This is because male pattern baldness or hormone-linked baldness also precipitates certain conditions that are within the realm of cures offered by Jojoba oil. This includes excessive sebum secretion that is often caused due to genetically-induced hormonal imbalances. Similarly, eczema of the scalp often progresses as a hereditary condition in the family. In such cases, Jojoba oil can help to alleviate the symptoms and delay the onset of the baldness, along with increasing hair density and arresting hair fall to some extent.

This is why despite its main application for treating non-genetic hair loss, Jojoba oil is often recommended as a supplementary aid for treating genetic hair loss conditions like Andro-genetic Alopecia, i.e. male pattern baldness caused by androgens (male sex hormones).