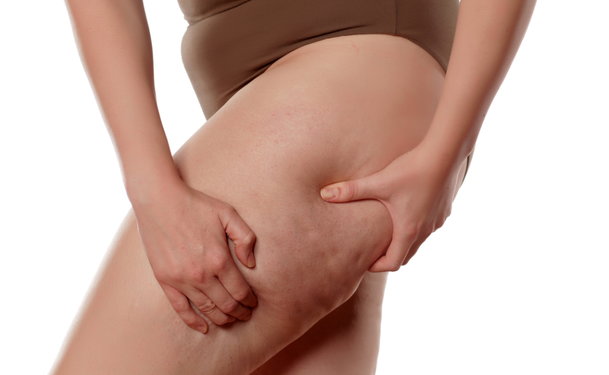 Cellulite is a skin condition that is quite simple to recognize. It usually first appears as dimples in the skin often described as an "orange peel" look. As symptoms progress, cellulite becomes more prominent in the form of little lumps in the skin. This is often described as a "cottage cheese" effect. As we age, our skin loses elasticity and the appearance of cellulite gets worse, forming bigger bulges and dips in the skin. In women, cellulite commonly forms on the thighs, buttocks, hips, lower abdomen and sometimes on the neck and upper arm. Men tend to get cellulite on the front part of the upper thighs. One way to determine if you have cellulite is by pinching the skin. If the skin dimples then you have cellulite. The appearance of cellulite can be classified in four stages using The Nurnberger - Muller scale.

Although cellulite does not pose any health risks it does diminish the appearance of the skin. To prevent your cellulite from progressing it is important to seek treatment from a skin care specialist as soon as symptoms appear. Your specialist can also discuss with you ways in how you can prevent cellulite from developing in the future.