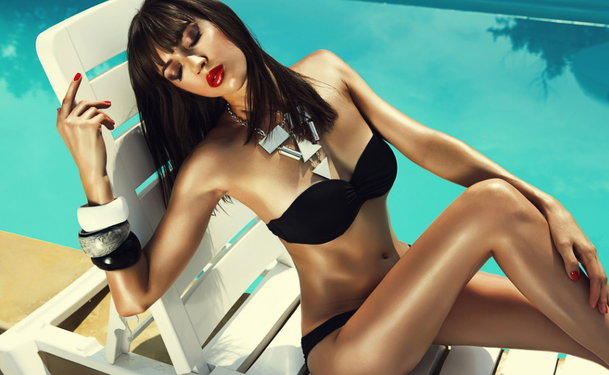 Sustained exposure to sun or sudden exposure to extremely bright sunlight can cause sunburn. Often ignored as a temporary condition caused due to sunlight, sunburns put forth many risk factors.

Sunburns are caused by the presence of harmful, ultraviolet or UV rays in the sun’s rays. A sunburn usually develops as a reddened patch on the skin that is prone to becoming increasingly inflamed. The patch might develop into a blister with defined edges and can be very itchy. Sunburns are more common in light-skinned people, since they don’t have sufficient melanocytes. These are the melanin-producing cells in the skin, and melanin is capable of protecting the skin against UV rays to some extent.

Repeated blisters caused by sunburn don’t allow the tissues to heal completely. This makes the skin more vulnerable to bacterial or fungal infections. The use of medicinal ointments on the infected patches can further retard the formation of melanin in and around the treatment site, creating a cyclical situation wherein the skin’s ability to heal and protect itself is impaired. This can make the skin permanently marred with red patches of skin with thickened plaques.

Aging caused due to sustained sun exposure is called photo-aging. This form of aging is also called external aging. Though it is prevalent in all sun-exposed parts of the body, it is more defined in sites with a history of sunburns, i.e. skin around sunburns is more prone to excessive wrinkling. The inflamed nature of sunburn patches tend to define the presence of wrinkles. The inflammation also pronounces the appearance of fine blood vessels on the face, making the face look aged.

Also called actinic keratosis, this condition leads to the development for scaly skin in parts of the body that are regularly exposed to the sun. However, skin that is already weakened by recurring sunburns can develop a distinct, flesh-colored, slightly-pink coloration that can eventually mature into large patches of brown skin.

The chance of developing skin cancer is the biggest threat associated with sunburns. Please note that actinic keratosis discussed above is considered pre-cancerous, though it may not lead to skin cancer. Similarly, sun-burnt skin is more vulnerable to developing macule or brown lesions that may become cancerous in the future.

Skin cancer is associated with sunburns, since sunburns present an extreme form of sun-induced damage. This raises the chances of UV rays impairing the DNA synthesis and processing, i.e. affecting the cellular activity of the skin cells and causing cancer. Two common forms of cancer--basal cell carcinoma and squamous cell carcinoma--are a possibility arising from sun exposure over a sustained period. This underlines the fear that sunburn patches may become precursors to development of skin cancer.

A damaging form of skin cancer, called malignant melanoma, can arise from skin with a history of sunburns. Within the niche of sunburn-linked skin cancer, different types of symptoms can arise. Among children, this might be present in the form of a small skin growth that is sensitive, crusted and bleeds occasionally.

Please note that simple aids like protective clothes and sunscreen lotions can protect the skin against sunburn. However, if you still develop sunburn, it is advised to seek the opinion of a dermatologist.