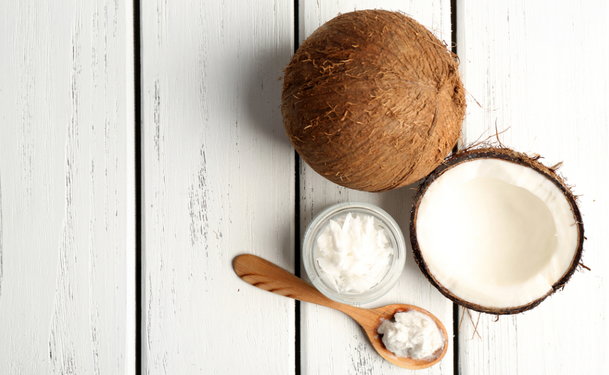 In the niche of vitiligo natural remedies, the use of Psoralen in combination with coconut oil has been engaging a lot of attention. This is essentially because of two reasons. Firstly, this is among the few vitiligo treatments that are considered quite effective. Secondly, there is some confusion regarding how Psoralen is combined with coconut oil for treating vitiligo.

Please note that the Psoralen-coconut oil therapy refers to two forms of Psoralen treatment in which Psoralen is the main, active ingredient and coconut oil plays a secondary role.

Why Psoralen for Vitiligo Treatment?

Psoralen is extracted from psoralea. This plant is actually a type of bean that is common grown in China. Psoralen has been used in treatment of white spots or vitiligo patches for many years in ancient Chinese medicine. It contains a typical category of phenolic compounds that relieve oxidative stress of the skin. Oxidative stress essentially refers to the decreased immunity and overall impaired health of the skin due to excessive oxidation of skin cells by the free radicals. It refers to a condition when the skin doesn’t have enough anti-oxidants to neutralize the action of free radicals. This makes the skin weaker and more prone to aging and being afflicted with conditions like vitiligo. Psoralens also improve circulation of blood that increases chances of re-activating the melanin-producing cells in the skin.

Why Is Coconut Oil Preferred for Skin Treatments?

Coconut oil is absorbed easily into the skin, immediately rendering the skin a soft, supple texture. This oil contains a high concentration of Vitamin E (alpha tocopherol) that is among the most recommended of nutrients for the skin. The antioxidants fight-off the action of free radicals that tend to weaken the immunity of the skin, making it more susceptible to diseases like vitiligo. Further, coconut oil is among the slowest of all natural oils to oxidize. This makes the oil most resistant to turning rancid, making it easier to store over a period, apart from making it more immune to the action of free radicals.

The oral Psoralen therapy is where the psoralea plant is used orally, consumed in the form of herbal concoctions. Psoralen enhances re-pigmentation of the skin cells. Its effect varies across individuals wherein it can induce total or partial re-pigmentation of vitiligo patches, or it may merely have a tanning effect on the skin. Here, the vitiligo patches are often rubbed with coconut oil to relieve itching of skin and to supplement the overall effect of Psoralen. However, this treatment is very demanding. The treatment approach is particularly inadvisable for small children who tend to find the taste of the psoralea herb nauseating.

Psoralen-treated skin can become overly-sensitive to sunlight, leading to repeated sunburns. To negate this problem, the potent mixture mentioned above is further diluted with some coconut oil. Some skin specialists might even coat the treatment area with a minimal amount of coconut oil. This helps to alleviate the sensitivity and adverse reactions caused by topical Psoralen treatment.