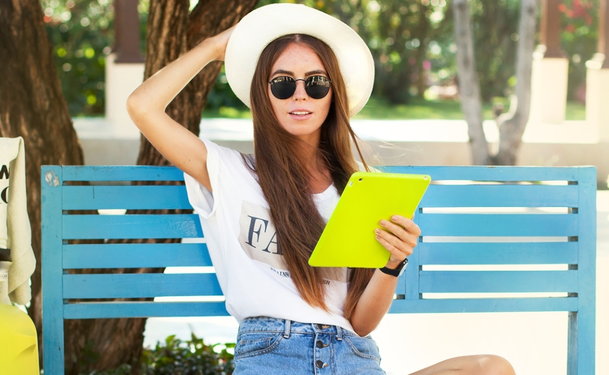 Melanoma is a form of skin cancer that can be very serious. Melanoma is an abnormal cell growth that is usually caused by extended exposure to ultraviolet (UV) rays. Everyone is susceptible to melanoma, but some are at higher risk than others due to genetics. If it is caught early enough, melanoma can be treated, and the chance of recurrence is slim. If left untreated, it can be life-threatening. The stages of the disease are determined by several factors, including tumor size and level of metastasis, which is defined as whether or not the cancer has spread.

This earliest stage of melanoma finds the cancer cells localized in the top layer of the skin. It has not spread to lymph nodes or distant areas of the body. When it is diagnosed at such an early stage, the risk of recurrence is very low, as is the risk for metastasis. Stage 0 melanoma is usually treated with outpatient surgery during which the tumor and surrounding area of skin is removed.

In stage I of melanoma, the tumor can range anywhere from less than 1.5 mm to 2 mm, and it is only present in the top layer of skin. Ulceration, or a break on the skin, may or may not be present. The cancer has not spread to lymph nodes or distant sites. A biopsy is usually taken for testing, and surgery removes the tumor and surrounding skin. As with Stage 0, there is low risk for recurrence.

The localized tumors in Stage II have not spread to lymph nodes or other areas of the body. They vary from 1 mm to larger than 4 mm with or without ulceration. Surgery is required to remove the tumor and surrounding skin. Systemic therapies, such as immunotherapy or chemotherapy, may be used to combat cancer cells. Experimental vaccines are being tested to see if they can help boost the immune system to fight off recurrence of melanoma.

In Stage III, the cancer cells have spread to lymph nodes but not to distant areas of the body. There is intermediate to high risk of recurrence. Surgery removes the tumor and surrounding skin. Therapeutic lymph node dissection may be used to remove all of the lymph nodes from the cancer area. Immunotherapy or chemotherapy may also be used for treatment.

Stage IV is the most critical stage of melanoma, as it has spread to lymph nodes and distant sites of the body. A serum test may be done to determine LDH (lactate dehydrogenase) levels. Elevated LDH amounts indicate that the disease has spread to internal organs. It is unlikely at this stage that all of the melanoma can be removed, but surgery and therapies are used to help relieve discomfort. Radiation may be required if surgery is impossible or has too many complications. It is also used if the cancer has spread to the brain or bones.