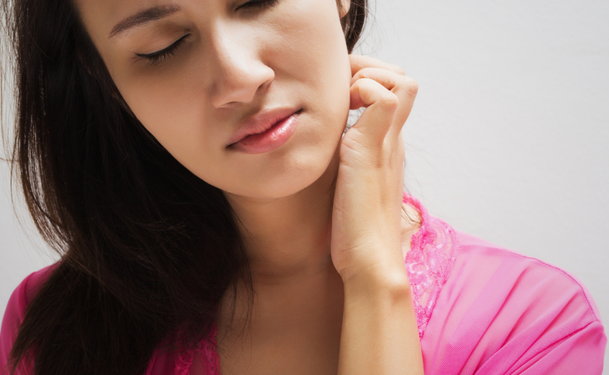 There are many people who suffer from dry skin problems, like psoriasis. Psoriasis is a noncontagious autoimmune disorder that causes the skin develop plaques on the affected areas of the body. The skin develops thick plaques that are reddish-purple and covered with silvery scales. Psoriasis usually affects the scalp, knees and joints, but it can affect all areas of the body. It can also cause moderate itching.

Psoriasis is a hereditary skin disorder. Some people discover that they have psoriasis after being stressed out. It affects both men and women, and those who suffer from it usually discover that they have it between the ages of 15 and 25. Other factors that can make psoriasis worse are infections, the weather, certain medications, drinking too much alcohol, smoking or obesity.

Psoriasis Vulgaris is the most common type of psoriasis. It is more commonly known as plaque psoriasis because of the red plaques of skin which develop. These plaques usually appear on the knees, elbows, scalp, abdomen, and the nails can even be affected. Out of the people affected with psoriasis, 80% of them suffer from this type.

Guttate Psoriasisis another type, which is usually associated with people who suffer from lung disease. Guttate affects all parts of the body and causes the skin to be inflamed with red patches.

Inverse Psoriasis affects the folds of the skin, such as the armpits, groin, under the breasts and even the buttocks. Inverse psoriasis does not cause scaling, but it does cause the skin to be red and inflamed. This type of psoriasis usually affects people who are overweight and may be due to the excessive sweating in the folds of the skin.

Pustular Psoriasiscauses the skin to have reoccurring clusters of pimples. This can be very painful, and in the mot severe cases, hospitalization may be needed.

There is no cure for psoriasis, but there are many options that can make living with the skin disorder easier for those who suffer from it. Most people who suffer from psoriasis only have small patches on the knees and elbows. These small patches can easily be treated with topical creams. For the moderate cases, a steroid injection into the area can help with the treatment of symptoms. For the most severe cases, more invasive treatments may be needed. These treatments include light therapy, pills or stronger injections.

There are many people who suffer from psoriasis. If you are one of them, talk to your doctor; he can help you find the right treatment to help make living with this disease easier.