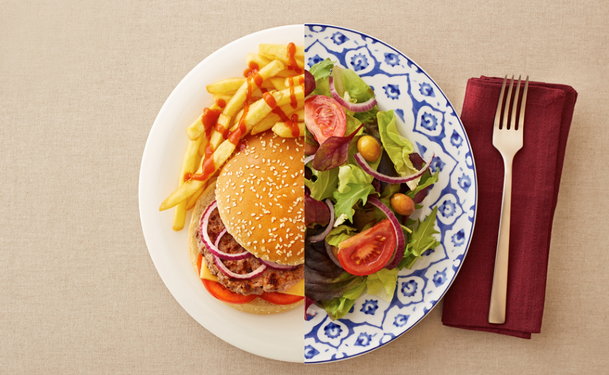 Do the Foods You Eat Affect Dandruff?

Among common skin conditions affecting the scalp, dandruff is widely prevalent. The onset of dandruff and its precise diagnosis is a bit challenging. However, an easy way of preventing and curing dandruff is through adjusting your food habits. Yes, the food you eat does affect dandruff, i.e. certain foods aggravate dandruff and some help to get rid of it.

The following foods are known to aggravate dandruff:

Most contemporary diets, particularly those with a heavy incidence of packaged or pre-packaged foods, are a rich source of saturated fats. This type of fat is needed by the body in smaller amounts. The daily requirement can be easily surpassed if packaged foods are regularly eaten. The excess fat is stored in the body that apart from promoting a tendency to gain weight harms the body’s metabolic functions.

This is particularly applicable to the dandruff problem. Such fatty diets stimulate the sebaceous glands into producing excess amounts of sebum. The overproduction of sebum acts as a catalyst for various kinds of infections that worsen the dandruff situation. This includes fungus like P. ovale that dwells in scalps with excessive sebum levels. In this case, the scalp might appear oily, but it can still harbor dandruff due to the increasing infection that causes decomposition of the skin’s cells, creating dandruff flakes.

Excessive sweating in the scalp is an established cause of dandruff. This is because sweating increases the vulnerability of the outer layer of skin cells in the scalp, making them susceptible to being easily scratched-off. Spicy foods are known to induce sweating. This is because spicy foods tend to raise the body’s temperature, inducing perspiration that is more pronounced around the temple and the scalp. The sudden release of sebum from the sweat glands on the scalp further irritates the skin, causing a prickly feeling to develop.

Dandruff is commonly understood as a condition of flaky or dry scalp skin. This condition can be largely controlled by regulating the hydration level of the body. Thus, foods that aid the elimination of bodily fluids should be consumed in minimal amounts. This includes beverages like tea and coffee that are established dehydrating agents. Such foods stimulate frequent urination and perspiration, lowering the body’s fluid levels.

Green vegetables and fruits with thick skins are reputed sources of soluble and insoluble fiber. The body’s ability to absorb water from the large intestine is largely dependent on the overall health of intestines. If the intestines are overwhelmed with compacted/hardened stools, an unwanted state of artificial dehydration is established. This means that the body is unable to absorb sufficient water though the individual may be consuming the appropriate amount of fluids. This form of constipation can be solved by consuming green, leafy vegetables and fruits on a regular basis. While the soluble fiber helps in the motility of the intestine, the insoluble fiber presses against the impacted stools, alleviating constipation.

Foods that offer a high concentration of Vitamin B are critical for limiting the proliferation of dandruff. Vitamin B is needed by the scalp to heal and thus limit the crusting of its upper surface. Simple foods like bananas, avocados, beef, tuna, legumes and oats are rich sources of various types of vitamin B.

Food items like fish (or fish oil) and flaxseed are rich sources of omega-3 fatty acids. These foods are particularly recommended to dandruff sufferers whose dandruff is accompanied by excessively dry, bodily skin. These fatty acids don’t make the individual vulnerable to gaining weight. Instead, they keep the skin naturally moisturized, helping to cure dandruff.