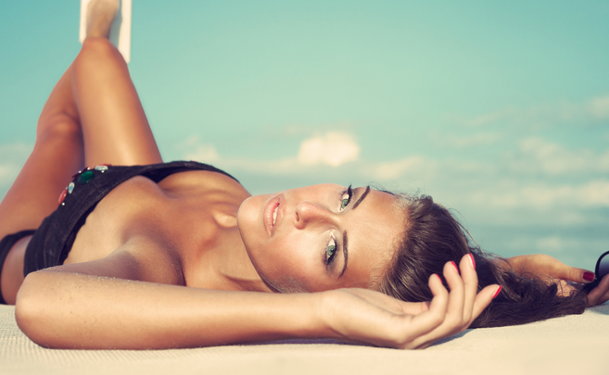 Moles may appear on any area of the body. They usually appear as small, dark spots on the skin and are actually clustered pigmented cells. While moles are usually benign, some may be cancerous. Abnormal moles and those that change in shape or color should be examined by a dermatologist or physician.

Melanin is the pigment that gives your skin its color. Melanocytes produce melanin and are stimulated by sun exposure. While melanin is usually distributed across the skin, in some cases cells will group together and a mole may appear.

Research is still being conducted as to why moles form. Some believe sunlight plays a role, while others attribute moles to genetics.

Some are born with a genetic predisposition to moles and may have hundreds of moles on their body. Dysplastic nevi are unusual looking moles and may be more likely to turn cancerous. While most melanomas form a new growth on the skin, others may form in an existing mole. For this reason it is important to detect any changes to moles and to identify new growths.

Individuals who notice a new mole, new skin growth or change to an existing mole or other unusual skin growths are encouraged to consult a physician immediately to have the mole or skin growth examined and tested.

What are Moles?
Preparing for Your Moles Appointment
Types of Sun Damage: Atypical Moles