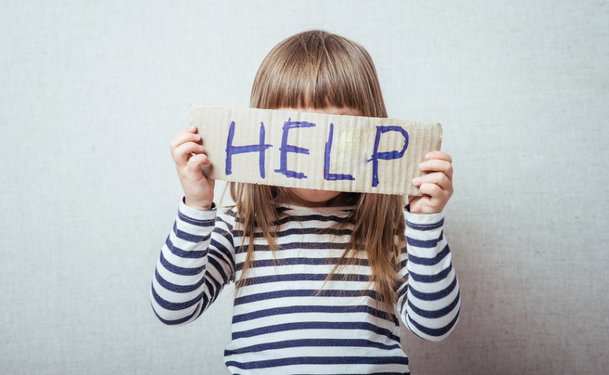 Port-wine stain (naevus flameus) birthmarks are named for their color. The color is similar to that of port wine. This type of birthmark belongs to a family of vascular disorders, in which the port wine color is created by the dilation of capillaries deep in the skin. Port-wine stains usually appear on the face at birth or shortly thereafter, but, they can appear anywhere on the body. As the child grows, the birthmark may enlarge and deepen in color. In adulthood, the affected area tends to thicken.

The condition may have a psychological and social impact for some individual, but it is usually medically benign. In rare cases, port-wine birthmarks may indicate a more serious condition.

A port-wine stain present on the forehead and upper eyelid may be an indication of the neurological disorder known as Sturge-Weber syndrome. This syndrome is characterized by seizures and muscle weakness that begins shortly after birth. Many patients also tend to suffer from delayed mental development and glaucoma.

Sturge-Weber syndrome occurs because there are too many capillaries interfering with the fifth cranial nerve (trigeminal nerve). This nerve has three branches that control ophthalmic, maxillary and mandibular functions. The mandibular branch controls some motor function. Sturge-Weber syndrome may also be accompanied by a lack of nerve cells and cerebral cortex tissue trauma.

Treatment for Sturge-Weber syndrome varies between individuals and their symptoms. Therapy may include medication to control seizures, surgery, laser therapy and physical therapy.

Klippel-Trenaunay Syndrome is also known as Klippel-Trenaunay-Weber syndrome. The name confusion stems from the fact that several medical investigators, unaware of each other were engaged in simultaneous research of the same topic.

This syndrome is characterized by 3 three conditions appearing at the same time: port-wine stain, varicose veins and hypertrophy of arms or legs. In this case, hypertrophy is the enlargement of the extremity aggravated by the growth of individual cells. In Klippel-Trenaunay syndrome, it is hypertrophy of bony and soft tissue.

This condition affects the vascular system, which can lead to pulmonary embolism or thrombosis. Tachycardia (accelerated heart rate) has also been reported in women with the condition.

Patients are treated according to symptoms. Debulking or removing excess tissue is generally used in extreme cases. Surgery to excise vascular malformations may help to manage the condition. Sclerotherapy may be used to increase normal blood to veins. Compression is another option. The condition is not curable.

Parks-Weber Syndrome shares all the characteristics of Klippel-Trenaunay syndrome with the addition of arteriovenous malformation (AVM.) AVM is a malformation or defect in the connection between artery and vein system.

This condition can lead to brachycardia (heartbeats below the normal rate). Complications include extreme elevation in blood pressure, ulcerations and fluid retention in the lymphatic system. Parks-Weber syndrome is more difficult to manage than Klippel-Trenaunay.

Other Complications of Port-Wine Stains

The location and size of a port-wine stain can affect nerves in the region. Vision problems and glaucoma are possible if the birthmark is close to or in the eye. Some lesions located near the spinal column can cause problems with spinal cord development.

Birthmarks: What are Port-Wine Stains?
What are the Different Types of Vascular Birthmarks?
Facial Vein Congenital Causes: Klippel-Trenaunay Syndrome