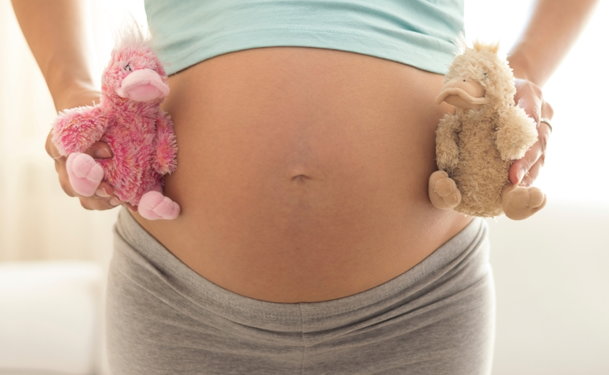 Among common fungal infections, athlete’s foot is generally counted among the most prevalent and irritating conditions. Athlete's foot is usually caused by the fungus responsible for other fungal infections like ringworm. Known as Tinea Pedis, this fungus is widely prevalent among household and outdoor surfaces and capable of quickly spreading from one person to another. Diagnosing and treating athlete’s foot puts forth certain typical issues if the individual happens to be pregnant.

Pregnancy can put forth some seemingly trivial issues that can catalyze athlete’s foot. For instance, pregnant women are likely to be unable to wash and scrub their feet comprehensively due to their abdominal distention. Similarly, slight swelling of the feet during pregnancy is common. This can significantly increase the degree of rubbing between the digits of the feet or impaction of sweat and fungal spores between the digits.

Daily hygiene and bathing patterns tend to suffer among some pregnant women, as pregnancy puts forth certain typical issues like morning sickness that can disrupt daily habits. Some pregnant women tend to sweat profusely due to hormonal changes associated with pregnancy. All or some of these issues are likely to fuel an attack of athlete’s foot. Pregnant women who have a history of foot infections are more susceptible to repeated infections.

Athlete’s foot during pregnancy should not be treated with the usual anti-fungal medications, as these can prove detrimental to the health of the developing embryo. This is particularly true for women who are taking hormone supplementation tablets or other medications for their pregnancy. Using anti-fungal medicines during this phase creates the risk of contradictory reactions. The use of medicines should be considered only if the rash seems to be spreading aggressively despite basic home treatments and over-the-counter (OTC) aids.

However, OTC aids too should be used under the expert advice of a medical professional. Even the most commonly-used anti-fungal topical ointments shouldn’t be used without seeking the opinion of a medical practitioner. Please note that some fungal sprays retailed as OTC sprays for athlete’s foot might contain chemicals that can harm a pregnant or breast-feeding woman. Thus, medical supervision is seriously recommended.

The most recommended way of treating fungal infections during pregnancy is to use some home-based, natural cures. Herbal foot soaks are ideal for pregnant women. Firstly, they can alleviate the symptoms of athlete’s foot by reducing the dryness and flakiness of the skin. Adding herbal oils like tree tea oil ensures that the foot soak disinfects the skin.

Secondly, herbal oils have a soothing effect on the mind of an individual, which is useful for de-stressing pregnant women facing typical issues like abdominal cramping, mood swings or headaches. This can be understood as an aromatherapy-like effect of foot baths infused with potent herbal oils. Other oils that can be used for this purpose include Neem oil and lavender oil. Another remedy is preparing a foot bath prepared from tap water and apple cider vinegar. This is an excellent way of disinfecting the feet and reducing the irritation caused by athlete’s foot.